Posted on Faceook by Larry Rogers in May, 2018. 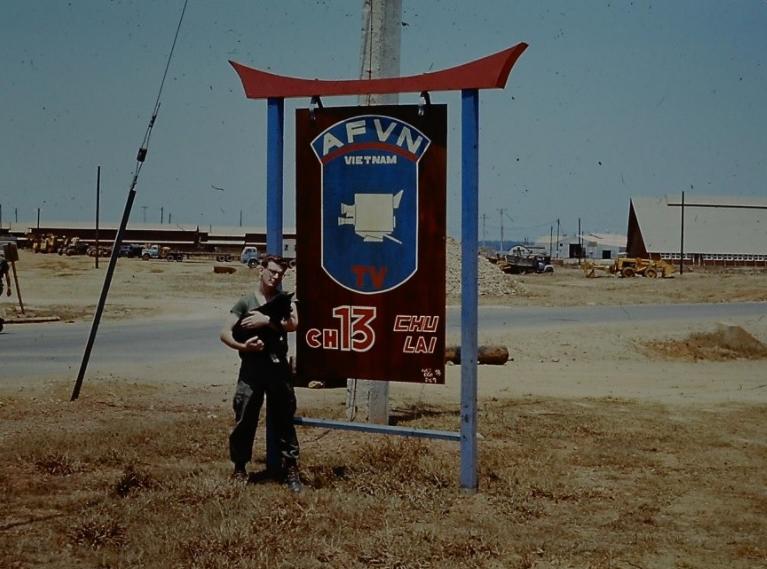 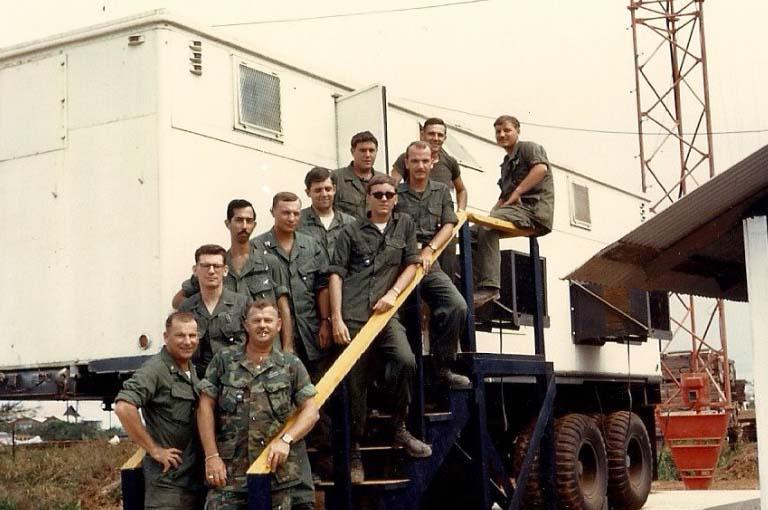 Anyone have more Chu Lai Photos?   Please send to the Webmaster. 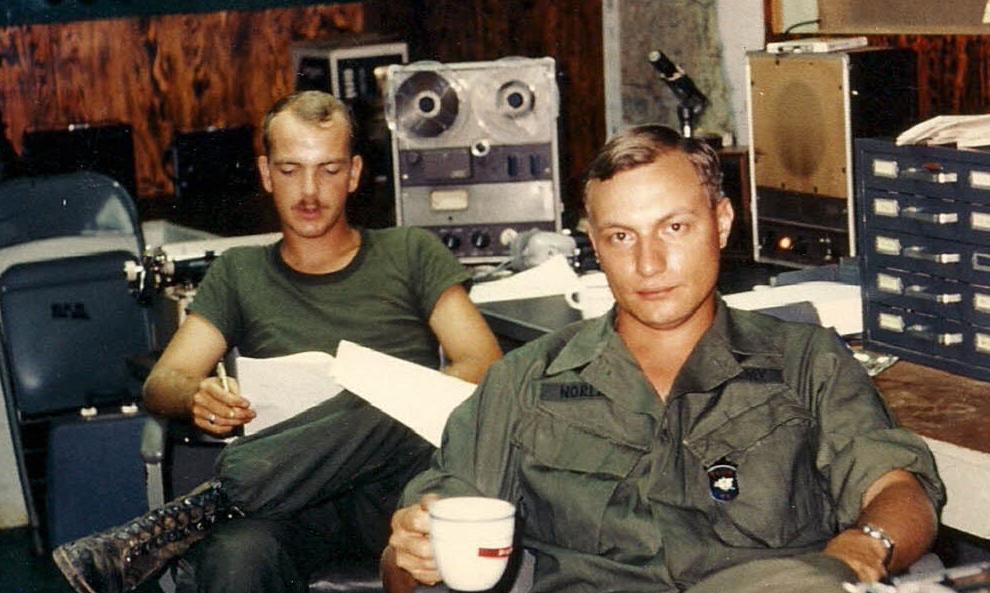 "Do not attempt to adjust your set. We will control the vertical.  We will control the horizontal. We can blur your picture or sharpen it to crystal clarity."  Sound familiar?  It was the opening monolog for the television series "Outer Limits."  Although the phrase may smack too much of science fiction to take seriously, the men at Chu Lai's Channel 13, Vietnam's newest TV station, take it very seriously.  It's their job to control what you see.

The new station is the only one of eight television facilities in country to transmit on Channel 13.  All others telecast on Channel 11.  "We're on an entirely different wave form pattern than Da Nang," said Marine MSG Frank H. Almeida (Gibsonville, N.C.), Channel 13 NCOIC.  If both stations tried to broadcast on the same pattern, they would drown each other out." Perhaps the most unique aspect of Chu Lai TV is that personnel stationed at Chu Lai or immediately north hold the distinction of being the only persons in Vietnam who have a choice of two stations to watch, Channel 11, Da Nang, or our own Channel 13.  The man who actually controls what you see on AFVN is the technical director.  He sits in a studio-van 7-feet wide, 7-feet high, and 30-feet long.  With him in the van are six television monitors, two 16mm projectors, two cameras, a slide projector, and a control panel with enough buttons, dials, and switches to make a jet pilot weary.  For example, in order to get "on-the-air,'' engineers and technicians must adjust the waveform monitor, sideband response analyzer, peak modulation indicator, and deviation aural carrier.

Now we're ready to go.  Not quite.  First we have to check the polarity, sensitivity, calibrate, scale illum, response, crystal temperature, and integrator capacitors.  "The job can get pretty tedious after a while," said SP4 James E. Havens (Houston, Tex), one of three technical directors assigned to Channel 13. "When something goes wrong, you don't know where to turn first.  It could be one of a hundred things causing the trouble."

For instance, SP5 James Van Riper (Ann Arbor, Mich.), a Channel 13 broadcaster, once gave an entire 10-minute "silent" newscast during the station's first few weeks of telecasting.  "Five minutes after the newscast, the station started receiving calls inquiring if we were having trouble with our sound,"  Van Riper said.  A crew of engineers went to work in the van to find out what the problem might be, and discovered one of several patch cords wasn't connected properly.  "We couldn't tell the difference because the microphone was patched into our monitor, but not the transmitter,"  Van Riper added.

As complicated as their job may seem, engineers and technicians only make up two-thirds of the team.  Broadcasters play the vital role of presenting the viewer with all-important news, weather, and sports.

"Our main source of information is AFRTS (American Forces Radio-Television Service) in Saigon," said SSG Winton L. Rogers (Valdez, Alaska), program director.  "We receive our local news from the Americal Information Office and other information branches throughout Chu Lai."  Channel 13 airs one 10-minute and two 5-minute newscasts daily.   5-minute show is presented at the 2 p.m. "sign on"; a 10-minute news and sports cast at 7:30 p.m.; and a final 5-minute daily wrap-up at 10 p.m.

The film supply for Channel 13 is assembled in Los Angeles and sent to Chu Lai by way of AFVN in Saigon.  "We receive 50 hours of film a week," MSG Almeida said.  "We're on the air 72 hours a week, so this doesn't give us much slack.  If a reel is missing from shipment, we have to re-telecast a previous program  Film is delivered to Channel 13 weekly by an Air Force C-47.  "We receive the programs that were shown on Channel 11, Pleiku, last week," said 1LT Lawrence Brown (Philadelphia), station OIC.  "Programs shown on Channel 13 are then sent to Da Nang."

During the Apollo moon flight in July, Channel 13 broadcast a video-tape of the blast-off and actual moon landing only 24 hours after the historic events took place.  "The lunar mission was taped live via satellite in the Philippines and flown to Saigon by jet," Almeida explained. Kinescope images were made in Saigon and again flown by jet to AFVN affiliates.

What's in store for Channel 13 during upcoming months?  Plenty, according to LT Brown.  "In the near future, we hope to have a studio large enough to conduct live telecasts," he said.  "A larger studio will permit us to do live interviews with various personalities appearing in the Chu Lai area.  We could also present live entertainment such as the Americal Band or local Chu Lai talent."

Back to the present, while the viewer is watching the 2 p.m. film of the National Anthem, the men behind the scene are in a state of near panic.  Their mission requires complete coordination.  If one man slips up, it could ruin the whole show.  Engineers scurry around making that last minute adjustment; the technical director try's to place 10 fingers on 11 buttons that have to be pushed simultaneously; and broadcasters read over their newscast one more time.  A feeling of pride and accomplishment beams on the faces of the men who bring the Americal Div. one of America's favorite pastimes, television.