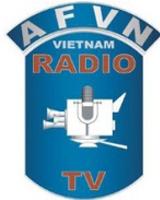 If you wish to make a Guest Book entry, please fill out the following form and click on Submit.

(All fields are required.)

I was not assigned to AFVN but I was assigned to AFN-TV Berlin Germany from January 1975  to April 1976. You guys have a great archive of stories and photos that bring back a lot of memories as we used a lot of the same equipment shown in many of the photos. I wish us AFN Europe vets had an archive like this. I worked with Billy Williams when I was assigned to WFG-TV at Fort
Gordon '73 to '74. He was AFVN in '71 '72. Still keep in contact with him. Thanks for your service and thanks for your work on the AFVN site!

Please feel free to send any comments you have regarding this Web page or your experiences in Vietnam, particularly as they may be related to AFVN, please send them to the Webmaster.  As appropriate, comments will be posted to this page.  If you consider your comments as being private and for the eyes of the Webmaster only, please so indicate.   Also, if you wish to join the AFVN email group, please start your message with "ATTN: Bob Morecook."

If you are an AFVN veteran but not on the AFVN Roster, please include your full name, rank upon departure, branch of service, job, location, and years with AFVN in order that this information may be added to the list.

Note: Email addresses will be held in confidence.

We did some TV shows at the AFVN radio & Tv Station , top of Monkey Mountain in Da Nang summer 1968.  We were in USMC out of Marble Mt MAG-16 and had a rock band called the "Extremes".we .played on and off base on our off time.  We played at Army, Air Force bases and some remote sites and even on the USS Enterprise .  I have some photos of the guy who did our production and was a DJ at the station.

First off thank you, Robert Morecock for letting me join this fine group.  I myself was an AFVN "wanna be." I was very lucky to have been stationed in Saigon and had the chance to meet Gary W. Gears sometime in 1968, I was in Nam from Jan 68- to Jan 69.  It was amazing 1 year after Ieft Viet Nam I heard Gary on either WLS, or WCFL in Chicago where my wife is from.  In addiiton got to meet Scott Manning at that time. SFC Clem Shamus was the NOIC as I recall.  Being from Philly it was great to hear Don L. Brink AKA Scotty Brink who is now in Edmund, OK and has his own facebook page.  As I recall he went from KHJ in LA to be drafted into the Army (Brink) talk about a chage in lifestyle!!  Again thank you letting letting me join this grouo.

Robert Robinson Gales wrote:   December 22nd, 2013 4:31 am
I met **** Ellis the other day in Raleigh, North Carolina, and he was kind enough to get me to your website.  I was Captain Gales, an AF JAG, at Tan Son Nhut Air base in 1968-69, and I watched you every evening.  You guys were really great (I actually preferred watching the weather report).  I don't recall ever prosecuting any of the AFVN family, which is a good thing!  Congratulations to all, and Welcome Home!  Robert Robinson Gales, Colonel, USAF (ret), former President, The Tan Son Nhut Association (TSNA.org).

I was a Huey door gunner in C Troop (Air) 16th Cavalry in Vietnam during 1972-1973.  Army aircraft had a navigation radio called the ADF, or Automatic Direction Finder.  It was used to navigate to Non Directional Beacon radio stations which were usually located at airfields as navigational aids.  When you tuned in to a NDB you could hear a three letter Morse Code identifier to positively identify the station.  The bandwidth of this ADF navaid radio also encompassed the AM radio spectrum.  Rather than hearing the Navaid identifier, you would hear the broadcast of the commercial radio station.  In the case of Vietnam, this was always AFVN.  As we would fly enroute to combat missions we almost always had the ADF Radio tuned to AFVN so we could listen to the music, rather than the 3 letter identifier.  I can still hear the DJ’s banter and the late 60’s and early 70’s Rock & Roll music in my flight helmet.

Was in country 67-68, Australian Army Aviation. Nui Dat.  We always listened to you guys...and the melody lingers even to this day.  Thanks for a great job and thanks for the memories.

I am a born after 1975, but the old days my parents ever seen AFVN No. 11 & No. 7 station, really good programs, news reports around 4 authentic combat tactics throughout Southern region now get this site, looking forward to the attention of doctors to help give me some material about AFVN, thanks!

Dear Tuấn,
Thank you very much for contacting us.  I think that perhaps you are the first Vietnamese in Vietnam to ever contact our group.  All of us were once either with AFVN or have an interest in AFVN for any number of reasons.
You did not say where you lived, but Channel 11 was used by the Saigon Main Station as well as by almost all of the detachments.  Channel 7 might have been the civilian TV station.
I don't know how much more information will be possible for any of us to give you.   Everything we have in the way of stories, photos, and other things are already available on AFVNVETS.net.
Best wishes,
Jim W, Webmaster, AFVNVets.net

Thank you for contacting us! If needed, you will hear back within 48-72 hours.

Stumbled upon website and was inundated with memories of Monkey Mountain and AFVN.  Did radio, mornings, from July-Oct '69. Recall sitting on deck outside lounge area eating hamburgers and watching rocket attacks in distance. Surreal....

Steve Zeigler wrote:   December 3rd, 2013 3:27 pm
It's amazing how much material is on this site - good job.  Remained states-side 1965-1967 as US Army MP with Sentry Dog at a Nike site in Indiana, part of the Cincinnati Army Air Defense.  On the civilian side - 6 years in radio in Canton, Ohio.  And 33 years in Miami, FL in radio & TV.  Retired and enjoying nice things in SW Florida. stevetomorrow@gmail.com
AFVN Home

Group,
I’ve seen lists of people in entertainment who served in the military - most of them in WW2 - but there are quite a few who were not so-called “big stars.”
I spent some time watching all the “Newhart” TV series and checked out Tom Poston, whom I had never seen mentioned, so didn’t know he served, although he would have been of the are for WW2. He rose to Captain in the Army Air Corps, dropping troops on Normandy and piloted C-47 in every major drop of the European theatre, in the 8th and 13 Air Force, earning at least three air medals.
We may not have been Oscar awardees but the AFVN and MACV rosters will be one way for us to be remembered.
Frank

My father was an American Hero and served his country for 25 years he then devoted himself in the FAA for another 32. My father passed away April 7th 2018. I want to thank you for keeping the recognition for Project Jenny alive. My prayers go out to all that have served and those serving now. Thank you for all you do. I am a proud daughter, born on the Pax River Naval Air Base in 1962.  Sincerely,

The Webmaster replied to Robin thanking her for her comments and her father's service and telling her that comments like hers make working on this website worthwhile.  Robin sent a similar message to AFVN Webmaster Contacts Page.

Is it possible to get the #1 ringtone for my iPhone?  I didn't see any further instructions and would love to have it.

[NB:  The ringtone was sent as requested and the problems with that page have been corrected. Webmaster]