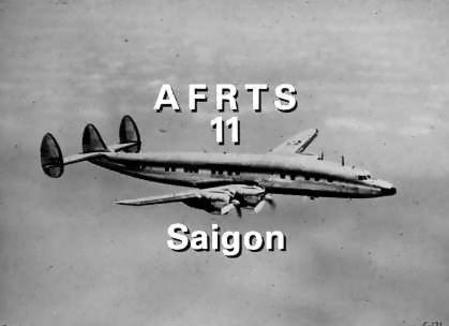 One of the best photos I have ever seen of a Project Jenny plane in flight.​   JimW

There is an official Project Jenny site athttp://www.blueeaglesofvietnam.com/.  The Webmaster is Jim Hicks.

A link to US Militaria Forum

Received from Rick Fredericksen in May 2016.

To the Amazing Blue Eagle Crews and the History They Made

In October 1965, a US Navy aircraft equipped as an airborne broadcast station performed an airborne radio relay broadcast of the World Series over South Vietnam becoming the world's first operational airborne broadcast station.  In February of 1966, television arrived on the scene in South Vietnam and another new page went into the broadcasting history book.  TV shows were broadcast on Channel 11 for AFVN (the American Forces Vietnam Network), and on Channel 9 for THVN TV (the official station of the Republic of Vietnam).  TV was broadcast from U.S. Navy NC-121J (Super Constellation) aircraft.  These aircraft were known as Blue Eagles and operated as Project Jenny.  The aircraft were assigned to the U.S. Navy aviation squadron VXN-8 (originally OASU) home based at the Naval Air Test Center, Patuxent River, Md.  Two Blue Eagle aircraft were based at Tan Son Nhut AB in Saigon to provide TV broadcast services for AFVN and THVN.  A third aircraft was based at Da Nang AB to provide airborne PSYOPS radio broadcast services for MACV-SOG.  This section page is dedicated to the guys who designed, built and flew those Blue Eagle aircraft from 1965 to 1970 and to Captain George Dixon USN (deceased), the founding father of Project Jenny.

This article, from the Pax River "TESTER" dated November 5th, 1965, is about Blue Eagle I

deploying to Vietnam to do relay broadcast of the World Series. The mercy mission, of

Newspaper clipping, probably from the "Pax River TESTER" showing Blue Eagle I and an

deployed to Vietnam to Broadcast the World Series.

Article from the OASU Times dated March 1, 1966 talking about the establishment

of TV broadcasting in South Vietnam and a quote by Rep. Charles Chamberlain R-Mich

discussing the value of providing TV broadcasts to the South Vietnamese.
8-7.       OASU Moves Operations into the Delta Region and Orphanage Assistance

A two-page article from the "Pax River TESTER" dated January 9, 1967 talking about moving

broadcast operations into the delta region of South Vietnam in October 66. Article includes

AFB. Despite the negative government tone, the article provides some interesting reading.

An article from the "OASU Time" dated May 1, 1967 discussing the goings on in the life of the

9.  How the Navy Brought Bonanza to South Vietnam  by Rick Fredericksen.  Published in Vietnam Magazine,

October 2015.  This link presently goes to Rick's Blog version of the story.  Later on, when it becomes

available, the link will be changed to the full version with photographs, etc.

11.  Are We Coming in Clear?  The story of Project Jenny written by Rick Fredericksen.  From Vietnam magazine (October 2015).  Posted courtesy of the publisher.

12.   This is Your Unit   Most of us know that the planes used in Project Jenny cam from the Oceanographic Air Survey Unit.  This two-page PDF explains the other missions of that unit.