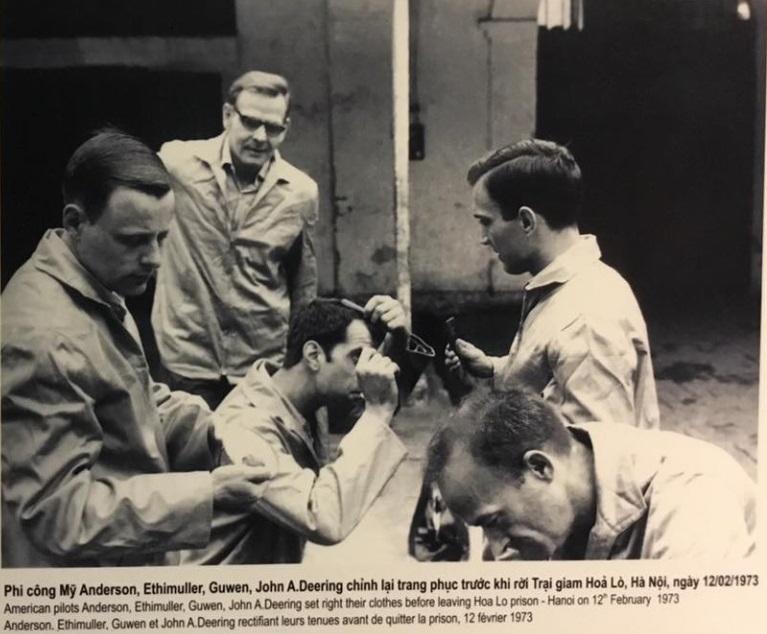 AFVN POW's Getting Ready to be Released.

Evidently this photo is posted on a wall in the Hanoi Hilton Museum.

Bob Morecook this photo of it when he visited Hanoi in August, 2019. 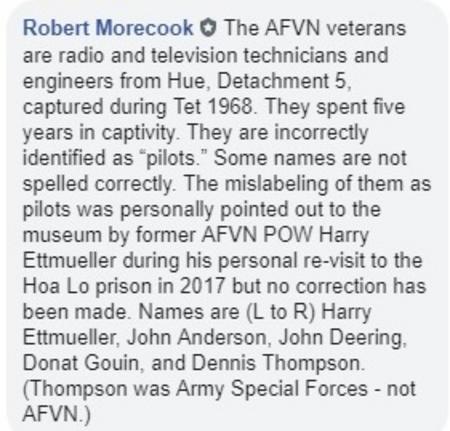 The POW-MIA Flag Creator Passes Away in Orange Park

The Spy in the Hanoi Hilton

A one-hour documentary on how the POW's in Hanoi were able to communicate with the CIA and the DOD.

Summary of Events at the Public Affairs Hall of Fame

You can learn more about each person who served at Hue by visiting the links below.

andgives more information about their careers and citations.

(Not all of the following are listed, but there are listing for Armed Forces members.)

AFVN's dead are also remembered on our Taps page.

Thoughts of a Five-year American POW during the Vietnam War

"As for soldiers who become prisoners in the future… you can do just about anything you have to or want to.   And that includes surviving.  More importantly, remember when you came in the military you took an oath.  You raised your hand and said ‘I will’.  You must live up to your commitment because you’re the one who’s going to have to live with yourself.  And they can break anybody; I don’t care who you are.  But in the end, you are the one responsible for what you’ve done.  Now I get up every morning and look at myself in the mirror and shave.  And while it’s not the prettiest sight in the world, I smile because I am happy with the fact I’m back here and I’m the man that I am."

captivity before being released.  The sixth, Steven Stroub, was executed shortly after capture.  The AFVN'ers were captured when the detachment at Hue was overrun following a fierce fire fight during the Tet holiday on Feb 5, 1968.  Two other men also died that day at AFVN.  SGT Thomas Franklin Young, USMC was Killed in Action in that fight.  Also killed that day was Courtney Niles, a civilian with NBC International, who died defending the station. One AFVN'er escaped.

Six men assigned to AFVN were taken prisoner during the Vietnam War, five specking about years in 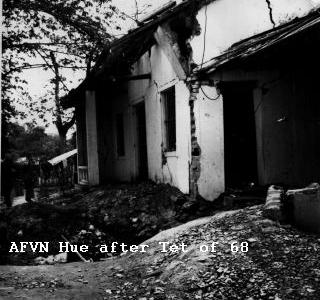 Prisoners of War -- The Honored