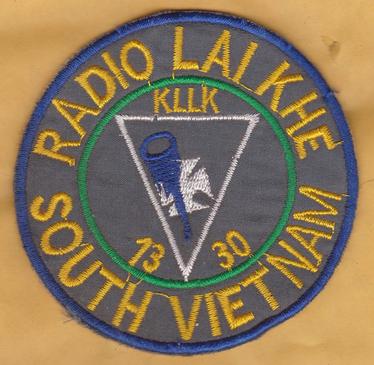 ​When KLIK closed down, some of the equipment went to the

A group of men stationed there, started WARC Radio Blackhorse.

​NB:  Mark Kaplan has been added to to the AFVN Roster because his work with the

Quan Loi station was equal to that of those who were with KLIK.

[Information received from Tim Abney in May 2017.] 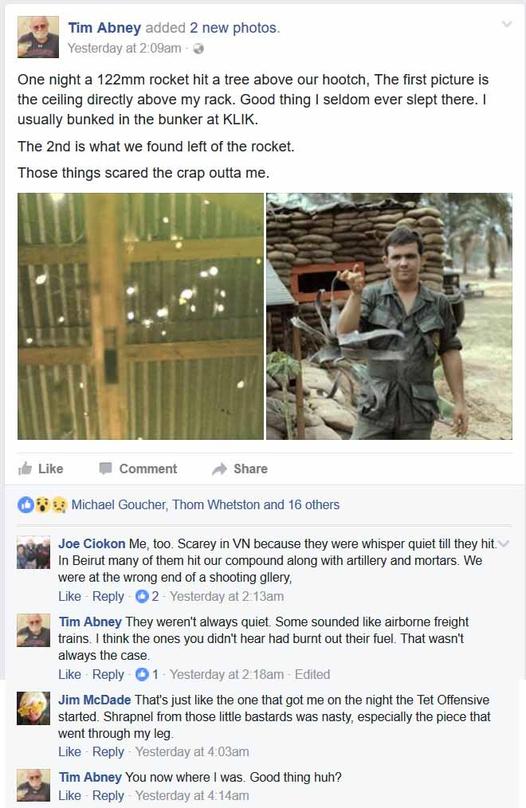 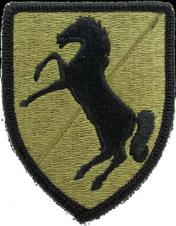 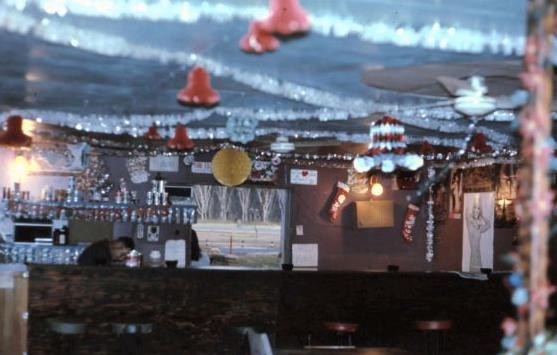 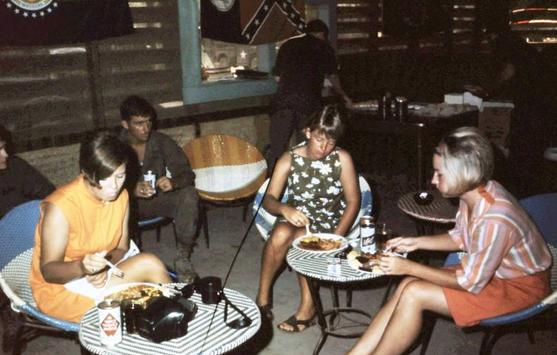 When WARC closed, the equipment was moved to WLTB.

Bob (Tobin), thanks for the note. I will pass it on to others who played a part in KLIK. As for my raising hell with

(Kevin) Kelly, must have been some time after I DEROSed. The only rough talk I gave the jocks was over their

talks would last until the next time I was “out of town.”

A couple of short comments about KLIK 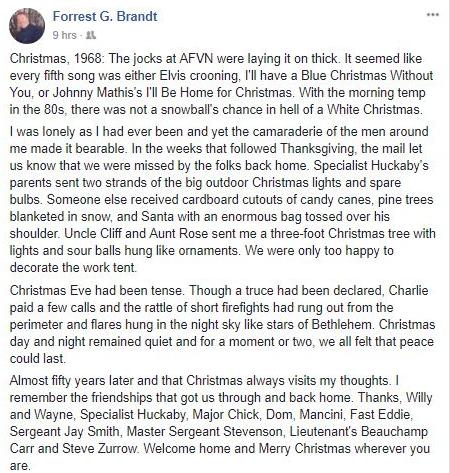 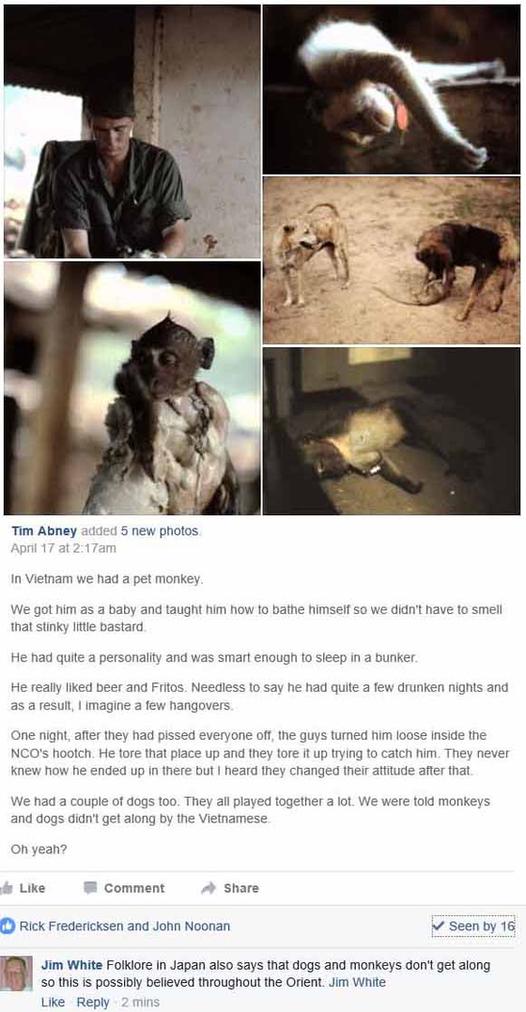 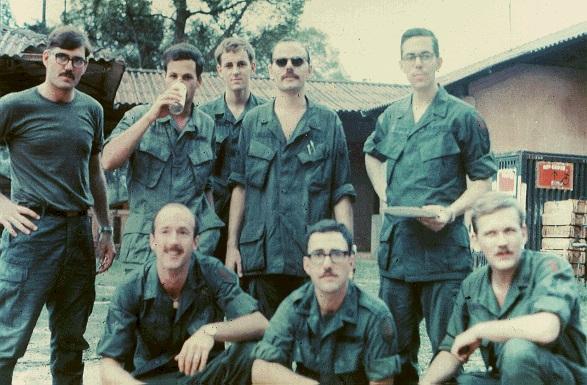 Me, posing as Sp4 Larkin so that I could join SP4 Willy Johanson and Wayne at the EM Club in Lai Khe.

I was now down to less than 90 days to go and had taken on an air of defiance,

“What are they going to do, send me to Vietnam?" 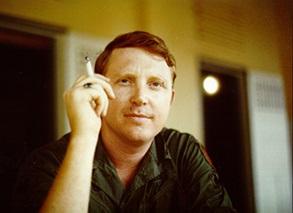 Willy also took some turns as a jock at KLIK. 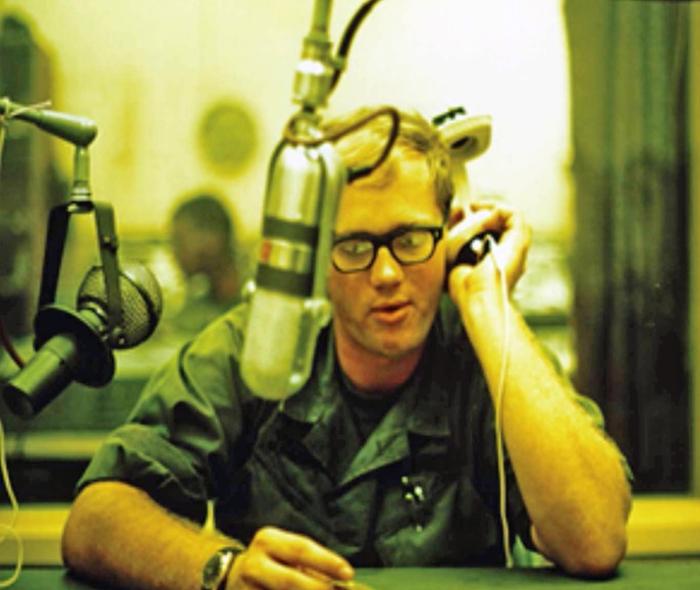 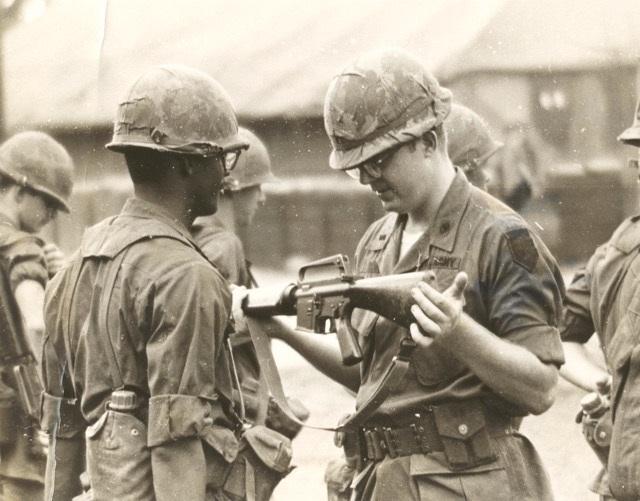 Flying on an insertion deep into the division’s AO. If you look carefully you can see Charlie's re-supply route just below the trees.

This was also part of the tunnel territory shared by the 1st and 25th Divisions.

As you can see from all the artillery and mortar craters, this area was fought over constantly. 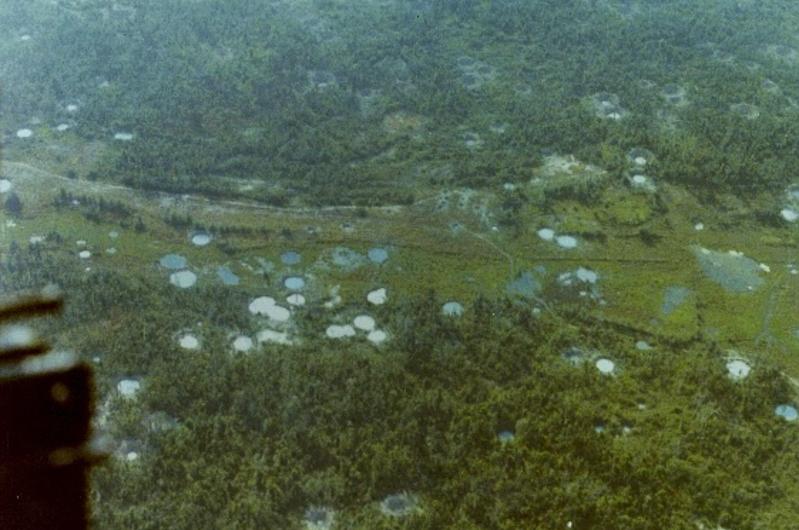 The following photos were received from Forrest Brandt on March 5th, 2015. 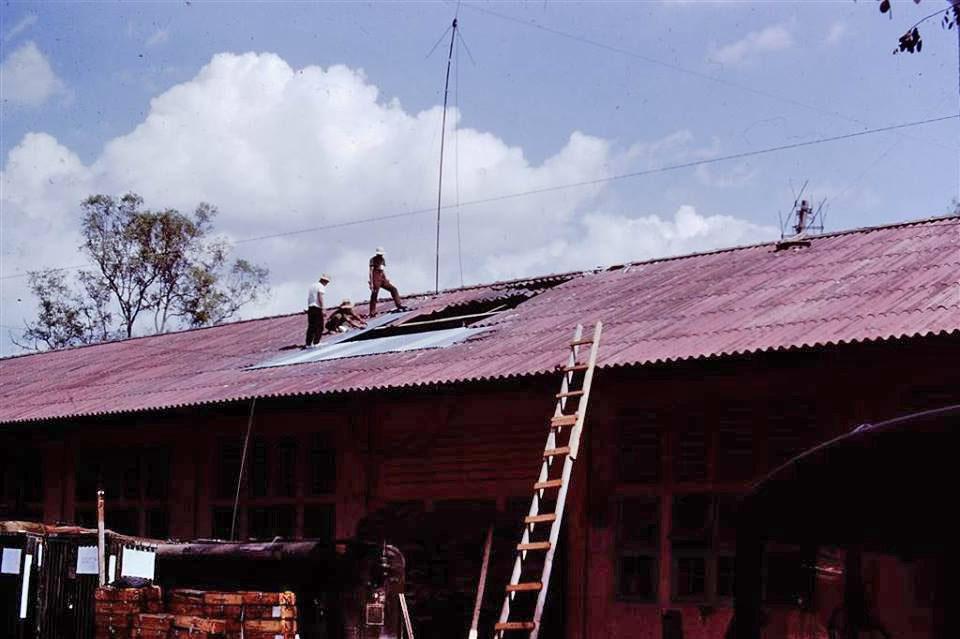 The holes in the parachute hung from the ceiling. 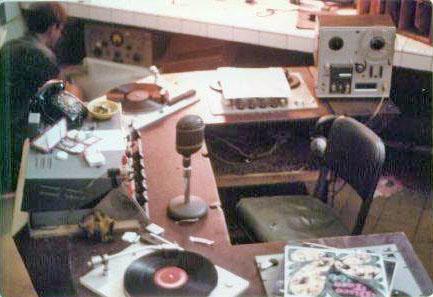 Damage to the Counter 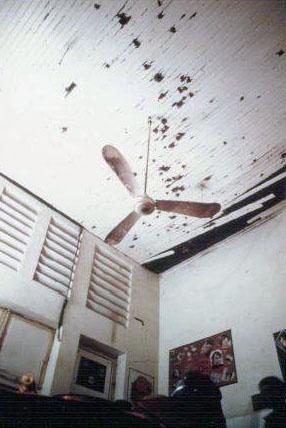 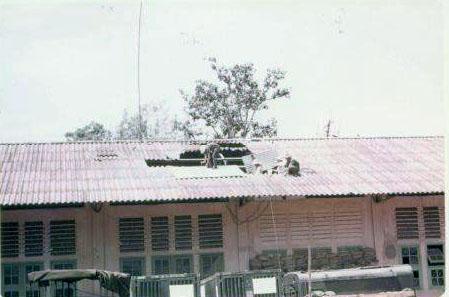 This is about the worst view you could ever have INSIDE a radio studio.  About two months after I left Vietnam a rocket hit the roof above the studio at KLIK.  In the pic of the roof damage you can see the sandbagged rear window that was our scenic view outside. In another you can see the other side of the roof peak as repairs were in progress.  In another you can see the damage to the counter where the guy who was "on air" at the time was sitting.  We built it from 1" plywood and he said it saved his manhood.  He survived but was med-evaced to the states.  The other pic show the ceiling above him.  All of the dark spots are where shrapnel came though.  We had a parachute hung from the ceiling for acoustics as well as to help us forget how little over head cover we had.

Tim also directed this question to Rick Fredericksen but does anyone else know anything?

"Is this the only Vietnam-era Purple Heart for an announcer, who was wounded while actually on-the-air behind the mic?" 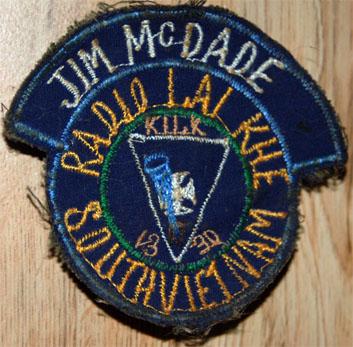 I found this recently.  I think Tim Abney or Lon Carruth had it made for me when I was doing the Country Corner show in early '68.  My time at KLIK didn't last too long.  My regular gig was as an RTT team chief for the 6/15th Artillery and I was wounded the night Tet started, so couldn't get down to the station much after that.

Below is another patch, perhaps more professionally done.

"Radio Lai Khe," as it was sometimes called, was first operated by the 1st ["Iron"] Brigade, and was moved later to the Division PIO office.  Below, you can hear shows by and about the Big Red One again from radio recordings made during the Vietnam War.

KLIK was originally a "repeater station" of  AFVN broadcasts -

but grew up to become the 1st Inf Div radio station in Vietnam. 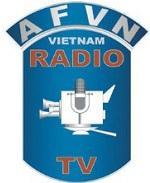