Remember the tragic ending of the stars?  Morrow decapitated by a helicopter while filming a Vietnam movie scene and Jason takes his life after a Combat show reunion.  I still catch the show from time to time on the ME channel.

I think that AFVN-TV had a larger Vietnamese audience than the Vietnamese station.

Laugh In" came in second, as I recall.

We polled our TV viewers in 1969 and I believe Combat was voted the most favorite TV show.

I thought it was a hoot then that we were watching "Combat" in Vietnam.

Some of the biggest fans of "Combat" lived here, on the DMZ. 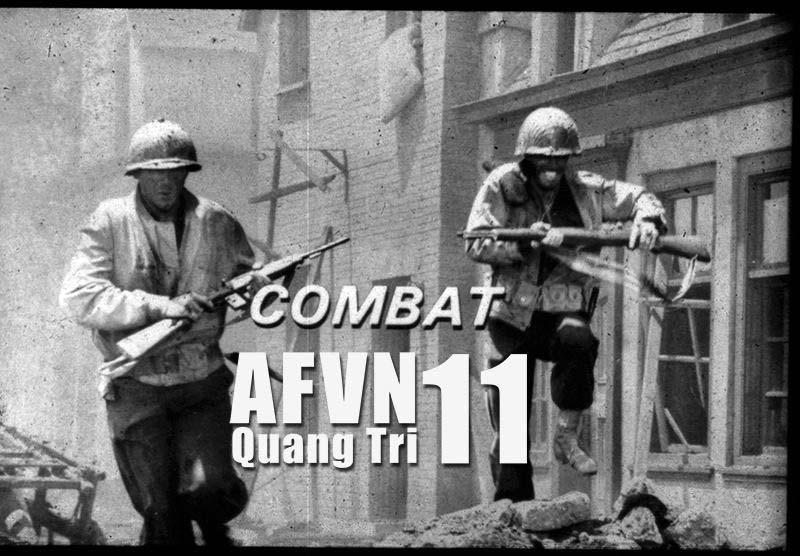 This Quang Tri pormo, posted on Facebook and on this site drew a number of responses.

"Combat," the TV Program and the AFVN Audience

True story: A kid came up to me on the street once in Saigon and pulled on my shirt.  I suppose he recognized me from TV.  He said, "Combat starring Vic Morrow and Rick Jason." It was the only English he knew.

This Quang Tri artwork would be a nice framed picture for a home office or bar.  It is great cultural American art with a terrific story behind it!  But honestly, I'm still hoping to see something from Hue, due to its tragic history.