MACV Daily News Briefs - For those who may never have seen one.

I was just wondering if any of the veterans on here remember these MACV Daily News Briefs or even worked on them.

The two attached are from Nov. '64 and Jan. '65. Thank you very much for your time and any information you can provide.

[From Facebook in March 2018.  My apologies for not remembering who contributed it.] 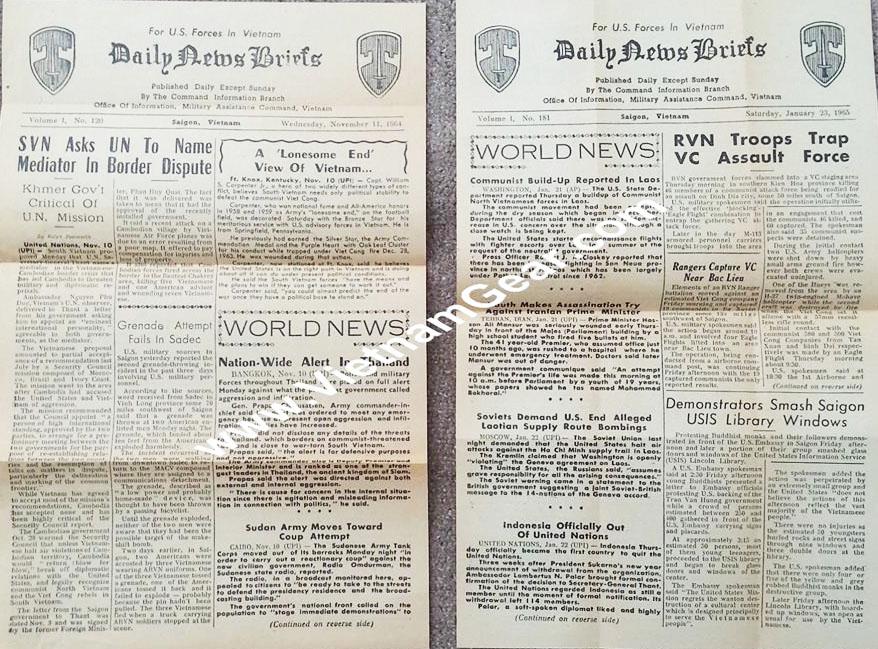 Toney, I have the detailed letters home that my mother saved, otherwise I would never remember all this.  This is a worthy discussion of one of the most important positions at AFVN.

Might be an interesting topic at the AFVN Reunion in San Diego.

Thanks for the Chronology, Rick.  I was, of course, too short to keep up with it all.

Toney and Tom...I joined the 3-man war news desk May 17, 1969.  Toney had 70 days remaining as the War Editor (I was #3).  Maxwell succeeded him until he was removed late Sept. as the first censorship casualty.  I subbed during Maxwell's 1-month leave and succeeded him, until I stepped down end of Sept. '69.  We added a war news segment when late news expanded Aug. 7th, '69 so all of us got a lot of air time at the war desk.  Nick Palladino succeeded me, but it might have been a temporary thing.  As for the Follies, I know I was attending during July-Aug. 1969, at least, but we may have split it up.

Toney, Do you remember Frank Marino, the ABC correspondent?  He & I use to have a beer at Carravelle.(?) Hotel, what a great guy.

I don't recall the name, Tom

Randall Moody referred to a TV show about AFVN in his post...the sitcom did air and was called "The Six O'Clock Follies."  It was cancelled after five episodes.  I watched about three shows...it was "worse than terrible."  One thing that did amaze me was on one show it featured the "Strawberry Four" Vietnamese singing group that I directed for several shows on AFVN.  I was glad to see the kids made it to the USA.

Paul--thanks for refreshing my memory.  I'm sure if I'd had a chance to write for the show it would have been much better.

Don't remember there being daily briefings in my stint at AFRS (1963-64).  And don't recall the term "..Follies" having caught on back then.  But I have two memories.  One was when my folks in Ohio were thrilled to spot me in the press gallery during General Maxwell Taylor's first news conference as ambassador.  The other was the intense sparring between reporters and the briefing officers right after the Tonkin Gulf incident.  Joe Fried of the New York Daily News, in particular, was adamant in insisting he be flown to the carrier to interview flight crews who raided the North Vietnamese city of Vinh.

Joseph Fried was a trip, wasn't he?  We used to give him a lift from the afternoon briefing to the studios used by civilian broadcast journalists to file reports, which was just down the street from AFVN.  By 1968, Craig Spence, ABC, had replaced Joe as Saigon press corps gadfly.

Rick, I recall that in 1968 we would set up the recording equipment immediately behind the large window.  Mike Maxwell succeeded me in 1969. Did you succeed Mike?

Yes, I remember Rick.   Bill Clrk & I were at the JUSPAO facility on the corner of Tu Do.

Perhaps the "powers that be" didn't like the nickname "Five O'Clock Follies," think of some of the alternatives--The "Four O'Clock Falsehoods" or perhaps the "Six O'Clock Sillies"? 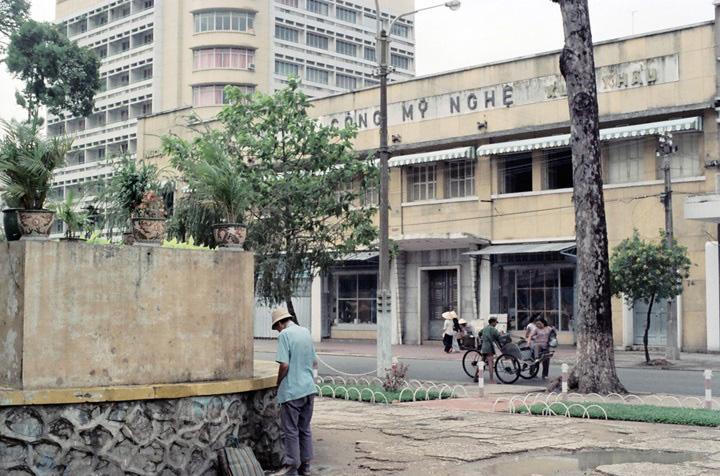 Here's two things I remember about the 5 O'Clock Follies:  1) In 1969 I believe, maybe it was 68, they moved the briefings to 4:30 p.m. to stop the press from calling them the 5 o'clock follies.  Seriously.  That was the mentality.  "We won't change the content by telling the truth, we will just change the time."  Duh.  2) In 1980 when I was working for the governor of Nebraska, there was a proposal for network TV show called 5 O'Clock Follies that I read about.  I wrote the creator (whose name now slips my mind, but I will think of it or have it in my files) sending him material I had written about AFVN, broadcasting in a war zone, etc., saying I could help with the show.  The premise was not the JUSPAO briefing but AFVN TV newscasts, including a woman anchor.  I got a call from him asking if I would be interested in writing for the show.  Yes, I was.  Unfortunately, the show never got off the ground.  Not sure if a segment ever aired or not.  But, in any case, my chance for Hollywood stardom was gone.  I think the problem was, the network thought people were not ready for a comedy, like MASH, that was just too close in time to the Vietnam War  Korea was OK, because memories of the tragedies had faded.

Here's my best shot of the Follies bldg. From the late 80s.  Can see the entrance I used to take in '69 (where the women are walking) and a Vietnamese man taking a leak on the planter where the statue used to be.

"What goes around, comes around."  But not always in the same form.

Where precisely were the Follies held in the Rex, if you remember?  And when did they move to the bldg. across from the statue on Tu Do?? 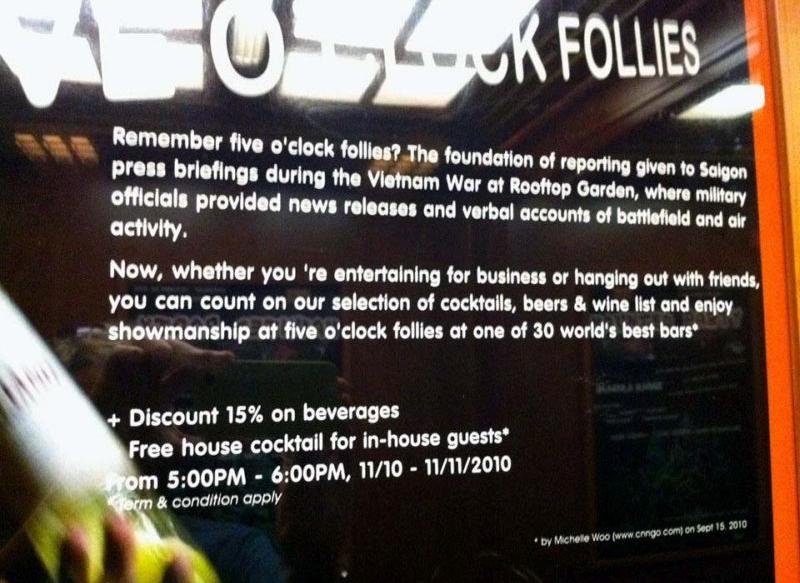 Seeing the first JUSPAO (Joint Uinted States Public Affairs Office) briefing....also known as the "Fve O'Clock Follies" at the Rex Hotel...really opened my eyes to the game between the military and the press.  But doing a search on the term turned up several interesting photos including a bar by that name in the Rex Hotel (as of October 2010), a book by that name, and, for some reason, a band. 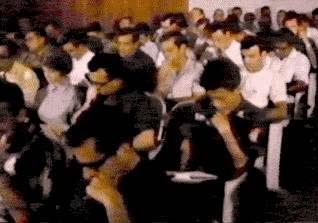