Subject:  Lesson Not Learned Saddest part is no one cares any more.

I just asked my (Japanese) wife if she remembered Pearl Harbor--knowing full well she did because she was 14 at the time.  She said "Yes," then I said "Then you also remember that the U.S. had all its battleships neatly lined for the attack."  She said she knew that also.  Then I showed her this picture.  She was shocked!  (PS, so am I!). 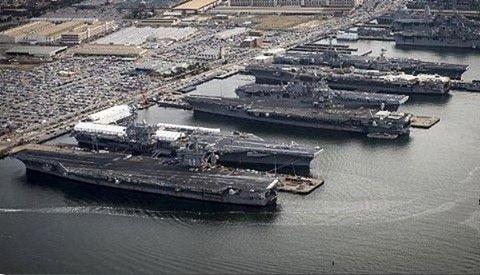 OK, you Navy guys, what is wrong with this picture?