On December 11, 2015 Nancy wrote: "I've just discovered that I had more of a DJ career than I remembered!  You all may remember my traumatic departure from DJing in Da Nang when I couldn't hear the engineer OR the songs and got totally discombobulated.  Well, I'm going through letters I wrote home and I seem to have started my career at my first assignment at An Khe with the Cav.  Here's what I wrote when I had learned four days earlier that I was being transferred.
'On the radio last night (my weekly radio DJ show), I had to say goodbye, and I darn near started to cry over the air.  Fortunately, I waited to say goodbye until the end of the show, because I couldn't talk for about two minutes after I told the Cav goodbye.'
It's so strange as I go through these letters to read what I don't remember.  It's like I have a whole other life out there that I don't know about!"

Some Responses to the Above

​It’s that way for us all, Nancy.  I did not recall some of the really nasty firefights I was in until I started talking to my best friend a couple of years ago.  We tend to remember the joys more than the sorrows, a blessing that tends to keep us sane.
Hogz and quiches!
Ken

As I grow older, not wiser, I find there are so many things I cannot recall happening.  I suppose I am the opposite of Ken who says he recalls the joys more than other events.  One good thing about not remembering is that I can enjoy movies and TV shows again for the first time.  I have been half way through a book before realizing had already read it, but had to continue because I couldn't remember how it ended. 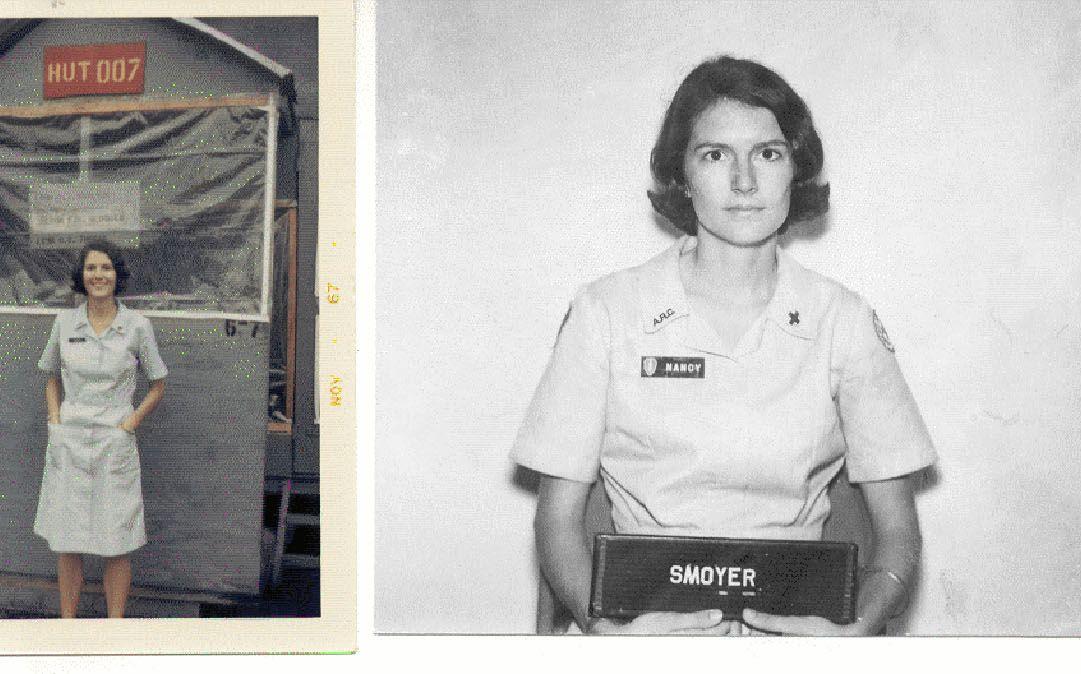 I was a Donut Dollie in Vietnam, April 1967-68, stationed at An Khe (1st Cav), Da Nang (Marines) and Cu Chi (25th).  During my time at Da Nang, several of the Donut Dollies DJ'ed a radio show over AFVN.  I did it too, but it was probably the most stressful thing I encountered in Vietnam, even worse than Tet at Cu Chi!  I literally chain smoked the whole time I was on.

One evening the engineer had rewired things such that I couldn't hear myself talking over the radio or hear the music being played.  The engineer was in another room where I could see but not hear him.  So we started out: "Hi, this is Nancy with your spotlight album of the week.  (Are we on-I can't hear anything!)"  Frantic head nodding and hand waving from the engineer.  "Uh, this week we're going to be playing (is this thing working-I can't hear)."  More frantic nods and waves. . ."an album by the Supremes (what's going on, why isn't it working?)."  That went on for a few more excited exchanges until finally he cuts to a song.   His phone rings.  It's the general, saying (yelling), "Is that girl drunk?  What's she doing?  Get her off!!!  The engineer explains.  Things calm down.  I finish the show, still unable to hear the songs, sitting in an empty silent room, talking to myself.  And that's the last time I DJ'ed!