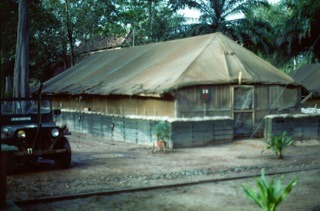 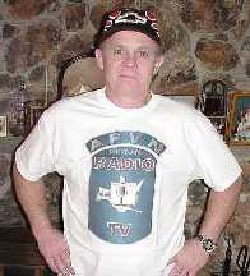 A last view of Tim Abney at Lai Khe The small metal box behind my head is the actual transmitter! 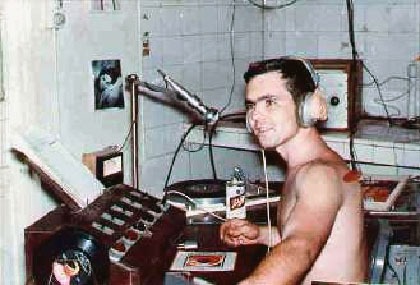 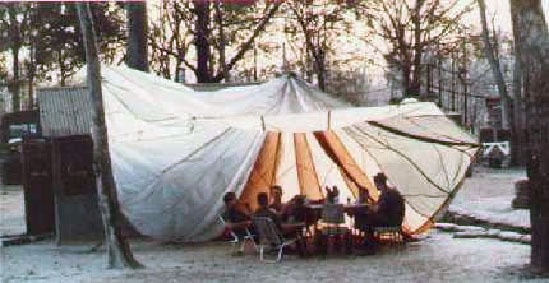 Sometimes it was pleasant just to put one's

feet up and relax.

"We should all have stayed this young and innocent!" - Tim Abney 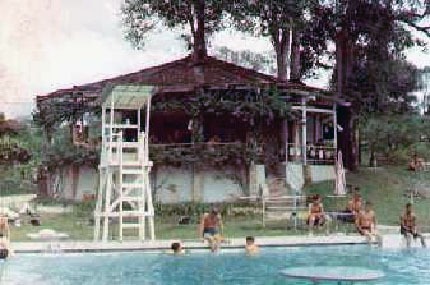 The pool was pretty nice but I did not go much.

This is the way down Highway 13.

The Iron Brigade HQ is on the left. 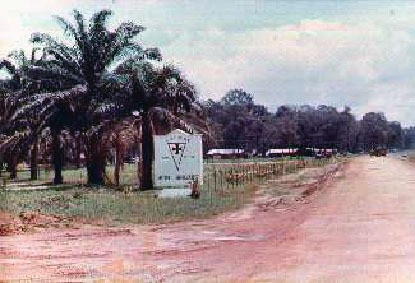 There was a swimming pool attached to the base.

It was built by the French colonialists who lived

there before we came. 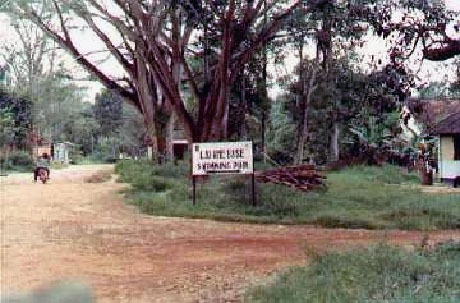 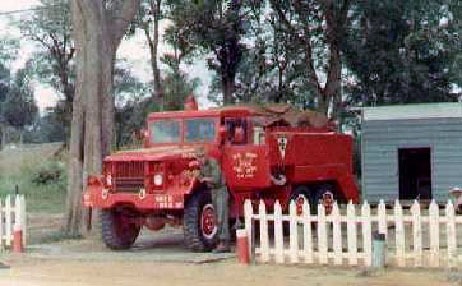 One fellow got so bored he waxed the fire truck. And even when you got somewhere,

the views were not always that good.

On the road to nowhere, the roads were usually not crowded. Sometimes we wished that we had places to go off-base. The view above of the "North Gate" tells you why we did not do that much. Agent Orange killed all the vegetation in front of you. One 122 mm rocket landed in front of our station. [Thanks to SP4 Rich Agotness for demonstrating

The tower for the nearby chopper base made it easy to find our way to work in the daytime.  But by night the VC used it as an "aiming stake" for mortar fire-until it was turned off-most of the time.  It was good they did because [continued]… 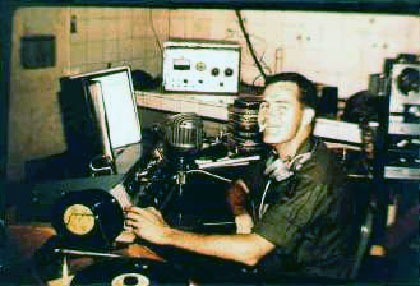 [Missing Photo?  If you have a copy, please send same to the Webmaster.]

The KLIK Gang in 1967.  At that time providing music and news from the Third Brigade of the Big Red One.