Forrest:  I served in the Public Information Office of the "Big Red One" from January 1969 until December 1969.  I was a former disc jockey from Syracuse, New York and had both the 71Q MOS (Journalism) and 71R MOS because of my schooling at DINFOS at Fort Benjamin Harrison, Indiana.  Since there were no openings at AFVN, I ended up w/the "Big Red One" and the Public Information Office.  I remember stumbling upon Radio Lai Khe and eventually ended up doing the Sunday morning Easy Listening show (remember that).  I also filled in other times when I wasn't in the field doing my journalistic duties.  I stumbled on the KLIK website and saw the picture of the staff in those days.  I remember Kelly, but I thought he went by Kevin Kelly-or at least I sort of remember that first name.  I remember his face if it was yesterday.  The mustache, he always wore a jungle hat, and his hair was usually longer than in that picture.  But that was definitely Kelly. I don't remember that his first name was "Collin", but again it's been a long, long time.   I also remember Roger Ramjet as well, but not as well as I knew Kelly.  My radio name was Roger Spad, but I don't remember exactly why. I think I took the Roger from "Roger this and Roger that" which a lot of the lifers used to say all the time and of course Spad was a shorter version of my last name.  I'll never forget those days in Lai Khe and KLIK and the Public Information Office as well.  When the "Big Red One" was getting redeployed, they transferred me to the 11th ACR in Quan Loi, and we started another Pirate Radio station, with a lot of the equipment that was at KLIK.  I don't know if you knew that.  The station became WACR (sounded better that KACR) and I became its PD and evening jock.  By the way, the VC tried to blow the station up when I was on the air with Mortar fire.  I took a direct hit and was lucky to get out alive.  I guess they didn't like the heavy metal show I was playing and the skits I was using (ha, ha).  Oh well, after spending a month in the hospital pulling shrapnel out of every body part on me, they gave me a purple heart and sent me back home.  I just retired from the radio business (sports play-by-play) as well as teaching full-time at a local college for almost 38 years.  Oh well, I don't want to bore you with all this, but I did want to tell you how much I enjoyed my time with KLIK-especially under the circumstances.

General Ware was killed when FSB Julie was hit in October 1968.  I arrived in Lai Khe on 17 November, just in time to witness the midnight service in the walled-in yard behind the plantation mansion that served as the CGs BOQ in which King 77 was buried while the members of the General's staff formed up and buried his dog at the same time as the Commanding General was being lowered into his grave at Arlington.  Keith Ware was a member of the 1/16th Infantry on 6 June 1944 and received the Medal of Honor on that date.  I have twice visited his grave at Arlington. 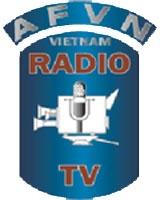