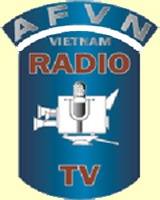 program material provided by MACV-SOG. This was a highly classified

we worked for at the time. In 2001, personnel who served with SOG were

as when the VOA station at HUE was captured and taken off the air by the VC during Tet 68.