Another Eexample of TDY Orders

[Received in January 2020 from Ron Turner

The following is an edited copy of one of the many TDY orders that, as I best recall, everyone assigned to AFVN received shortly after their arrival.  This copy was received from Ron Turner, SFC, USA, but I have copies of identical--for all intents and purposes--orders in my own files.  I may be wrong, but I think that  everyone assigned to AFVN was actually assigned to "Headquarters, Military Assisstance Command, Vietnam with duty AFVN" (the Saigon Main Station) and then those who went to the various detachments were verbally ordered/told "You are going to ....."  These TDY orders were used to actually secure transporation, etc.  The orders were valid for six months and new orders were published just prior to the current order's expiration date.   The original orders included full SSANs and emergency contact information (usually a spouse or a parent).  I have not included this information here because such may be personnal data that the individuals listed might not want to have posted on the Web.

I found that this order, plus the two copies I have dated (August 1970 and January 1971), to be excellent source material for adding to and/or correcting the AFVN Roster.  As best I recall, I picked up perhaps an additional half-dozen or so new names as well as was able to make corrections to an equal number of people from among the 20 or so men listed on the orders.  Therefore, if you have copies of any TDY orders you received while with AFVN, please either scan and send them to me or compare the orders with the AFVN Roster and send me a list of any corrections and/or additions you might find.

-- How many of us were sent outside of Saigon -- 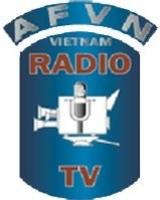