More photos of Detachment 1, Qui Nhon are at-- 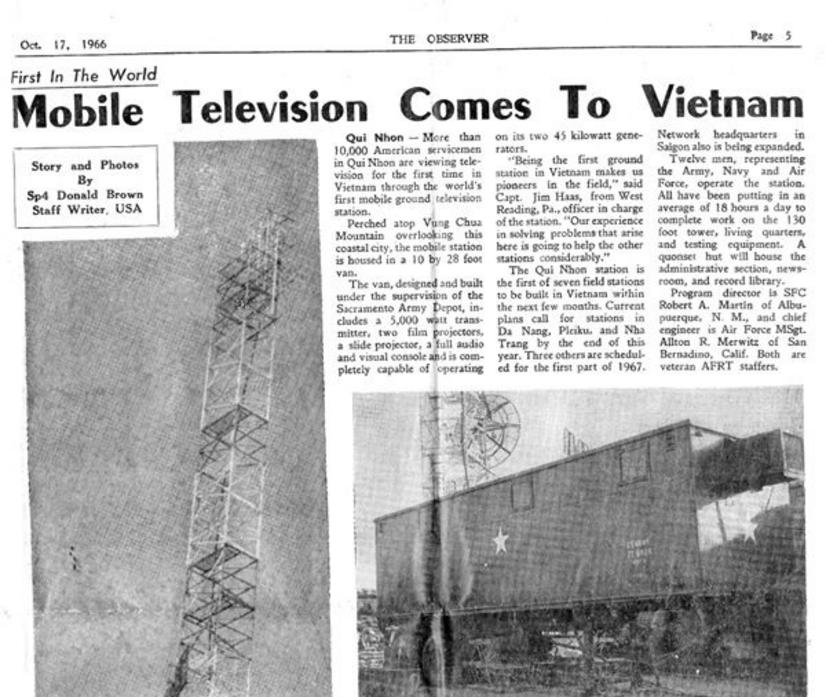 The access road to the Qui Nhon site with the AFVN sign.
The AM Antenna array is visible in the background to the right.
[Received from Ron Turner on March 5, 2015.] 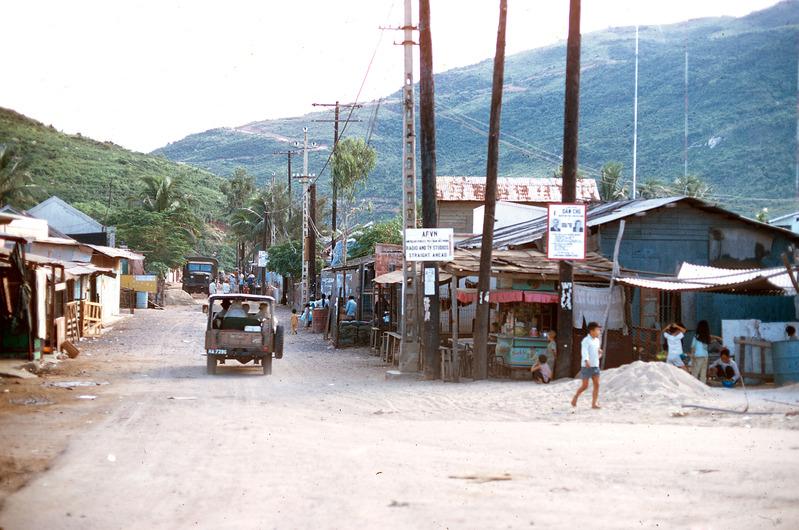 Poster on Getting Help for a Drug Problem

While those who were in VN prior to 1971 did not experience the heroin horror, from '71 onward US forces had a numerically

large heroin using population .  The attached photo is from the wall in the common area of the Qui Nhon site.
Image and comment from Ron Turner, January 2015.

Clipping from "The Observer" about AFVN Det 1 at Qui Nhon. 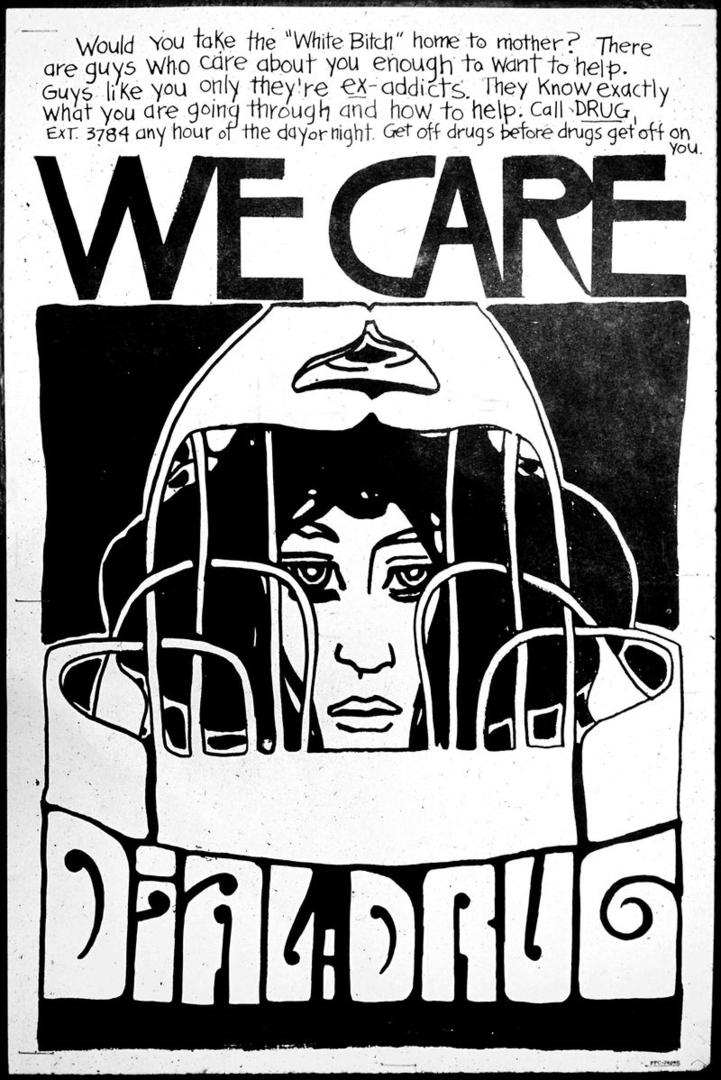 In a message titled '"Nha Trang/Hon Tre" versus "Nha Trang/Cam Ranh" versus "Dong Be Thin"' dated December 14, 2013, Ron wrote:  "Additionally, for the historical record, at about that time the FM broadcast capablilty for Qui Nhon was removed.  The local command was very non supportive; they, as is usual, were bound by a memorandum of understanding to provide site security which they were not doing.  After repeated futile efforts by the Quin Nho AFVN people to obtain their help, we took down the FM gear and moved it out of the area.  Then after that, the Qui Nhon base command or whatever, were told that the AM facility would be pulled out next, so they decided they could provide security.  The FM capability was never (while I was there) restored.  The concept of pulling out the FM was CWO MacDonald's with the concurrence of Major LaMonica (and preseumebly the Colonel).

This brings back some memories of '71.  I was sent to Qui Nhon to see if I could a bit better signal out of the transmitter.  I do not recall meeting anyone there.  The transmitter was on it's last legs and no one wanted to do anything about really fixing it.  I tweaked it as best I could and left for Tuy Hoa to work on the repeater there.  The signal there was from Qui Nhon.  I even climbed the antenna there and measured the signal strength at the antenna and only could get a small amount around sound dow when the paths changed.  I actually stayed in the old studio while I was there, must have been quite an operation when the base was active.  It was pretty dead when I go there. 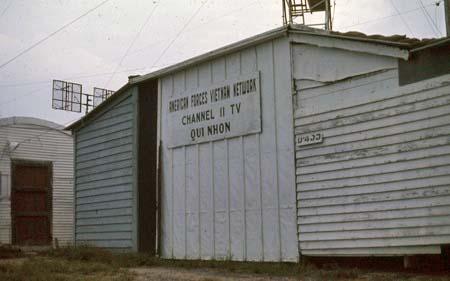 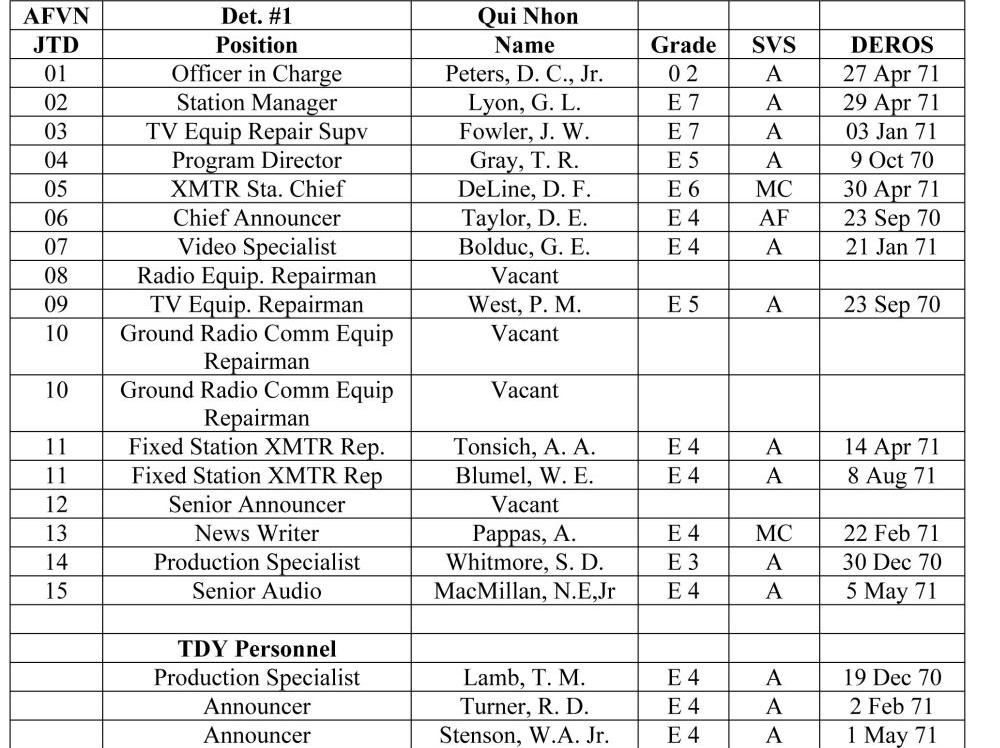 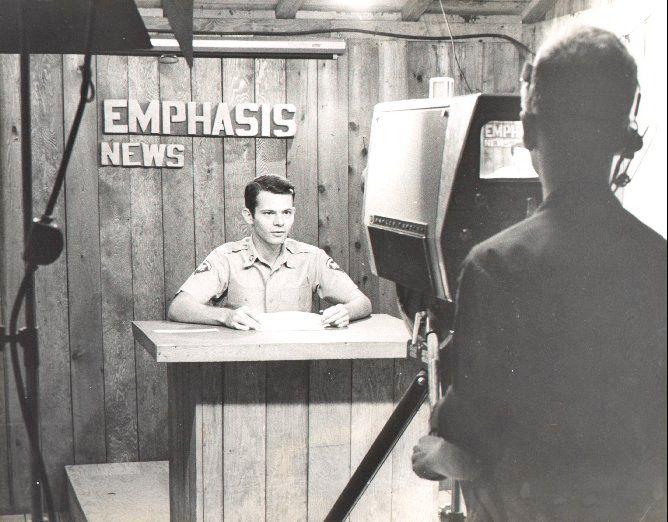