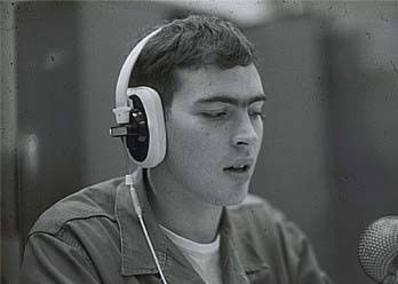 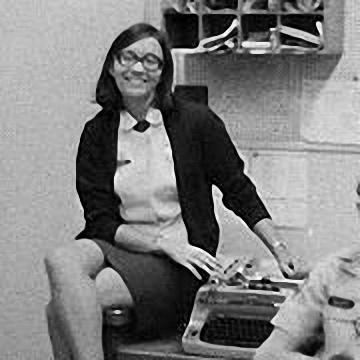 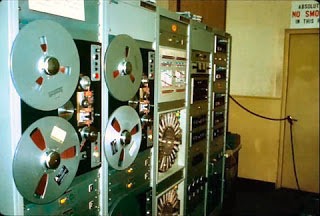 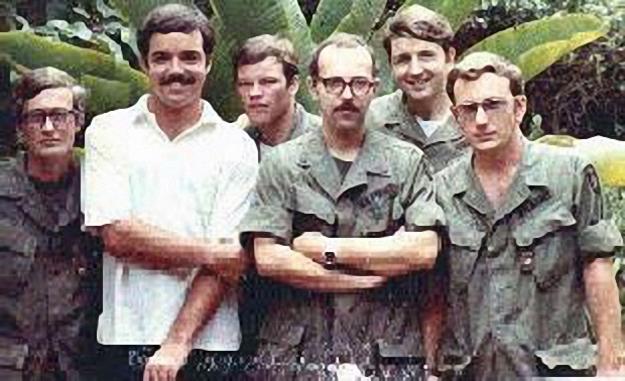 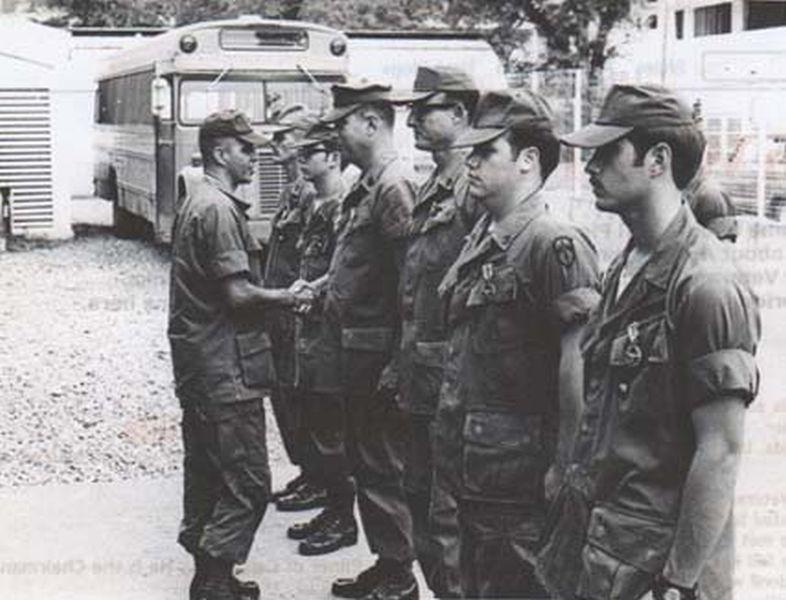 Good morning! Daughter #2 Cindy made this for Thanksgiving, #1 Annette is directing the kitchen. We have so much to be thankful for. I will always remember Thanksgiving 1967.  [Just 50 years ago.]  We ran the TV and AFVN-radio 24-hours so everyone in the field may have a chance to watch a show or movie or hear some music & news.  The USO in downtown Saigon packed and delivered a station wagon with turkey dinners so we could eat also.  It was one of the best Thanksgiving meals I have ever had! May God bless our men and women around the world, our families and friends which hopefully we can draw near this day and God bless America. 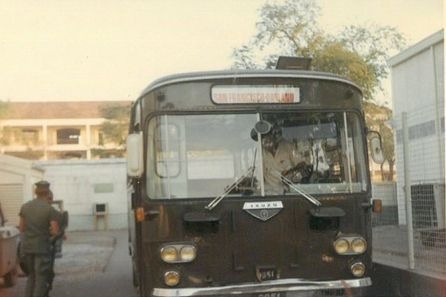 SP4 Jerry Nelson, USA, is just on the other side of Tom while SFC Garry Lyon, USA is this side of Tom (tall, wearing glasses).

SP5 Joe Van Vooren is on the far right.

[If you can identify anyone else, please email the Webmaster.] 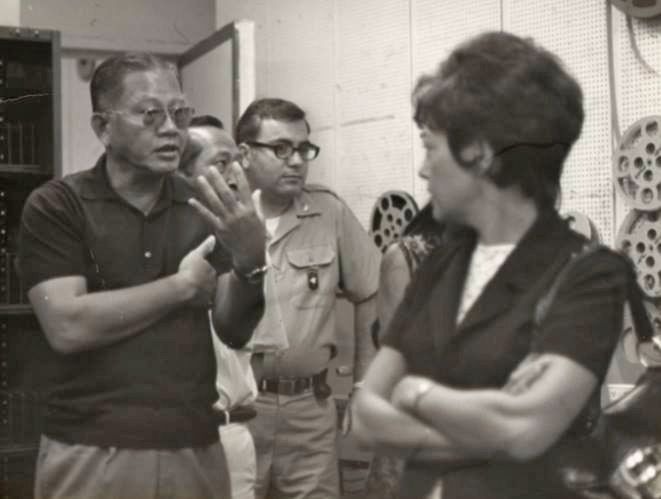 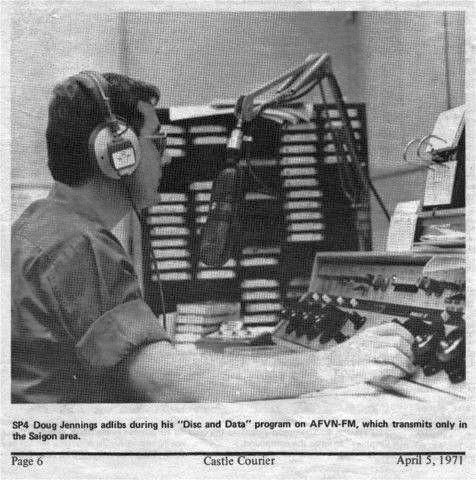 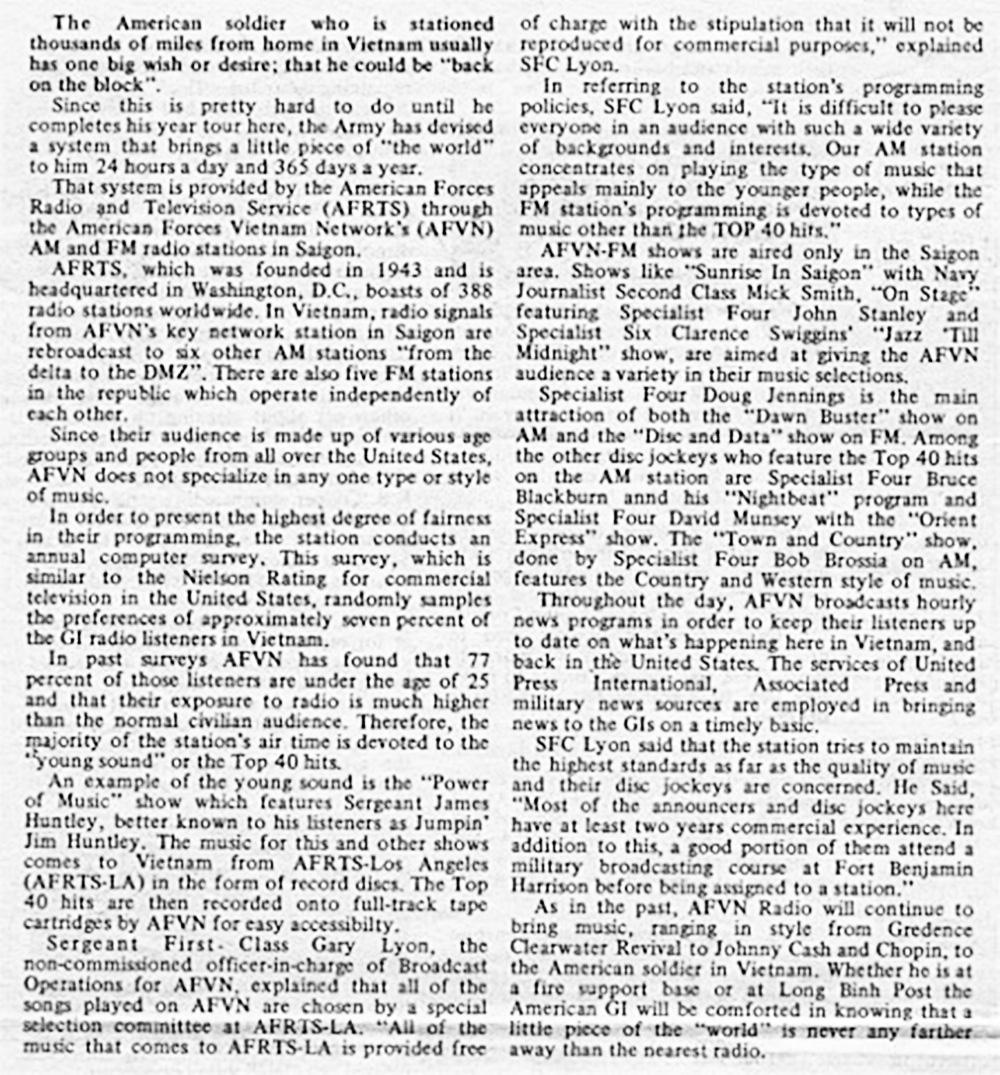 Article on AFVN from the Castle Courier, published by the US Army Engineer Command, Vietnam, April 5, 1971.

The photo of Doug Jennings which accompanied the article is about five photos down.

[Received from Doug Jennings in December 2013.]

Anyone want a ride to San Francisco?  The AFVN work bus ready to leave the station. 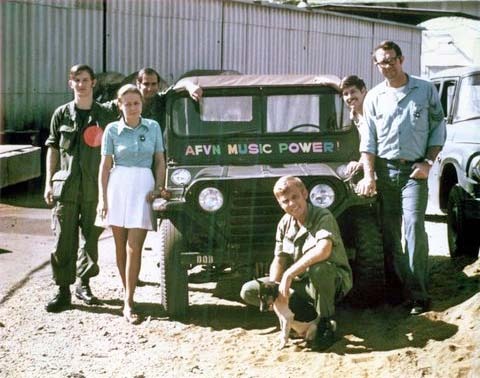 Laurie Clemons, SSG, USAF at the Saigon studio at Christmas, 1971.

The Gates FM Transmitter in the Saigon Station. 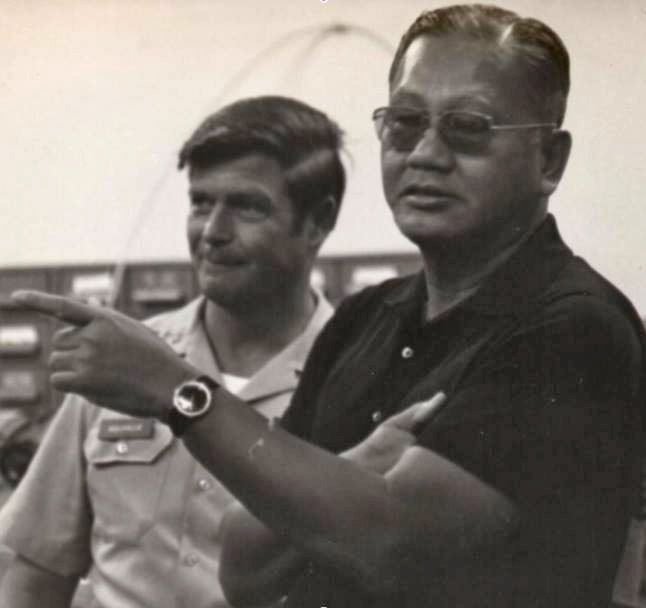 Doug Jennings at the mic. From the Castle Courier, April 5, 1971

Behind him is most likely MAJ, Hal Lamonica, USAF, Deputy OIC.

The woman listening to him is Amaryllis Nguyen Van Tuoi, later to become Ms. Dennis Harper. 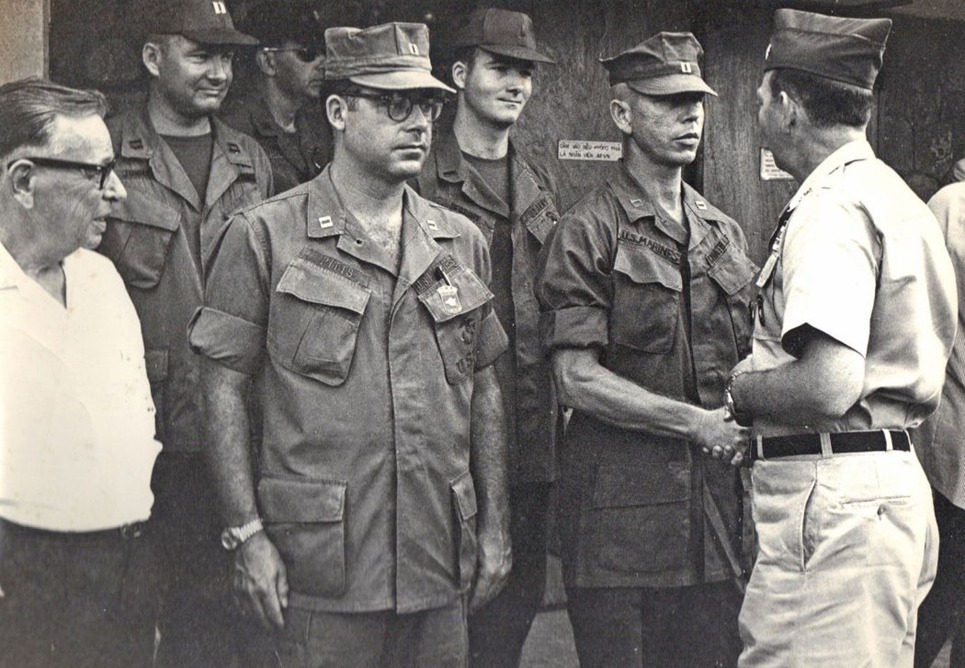 From Bob Morecook:  I believe I shot this photo of you, LInda, sometime in 1972.  With you, of course, is Jerry Elliott (nearly out of the frame on the right].  I have been looking for him for years with no luck...do you have any leads? 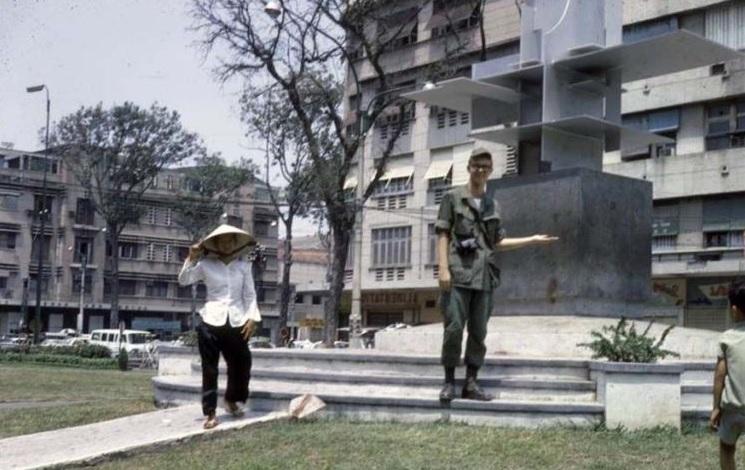 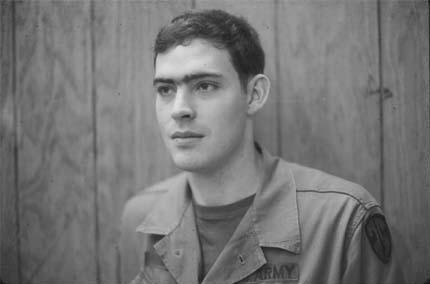 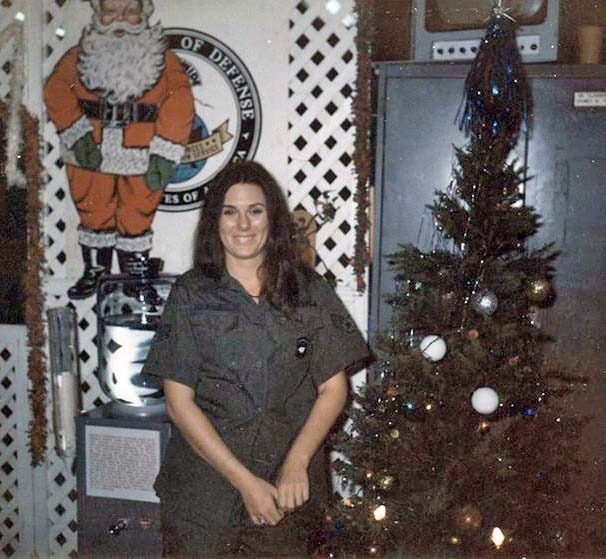 Most likely taken in the AFVN Saigon Compound sometime in 1971.
Mike wrote that this photo is from Edie Weller, who worked at the statiion in 1971.
Her husband, Volker, was Sales Managr, Vietnam, Laos and Cambodia for Pan America Airlines.
From left to right: Wes Cunningham; Edie Weller; Jerry Spector; "Ti Ti" the dog; Mick Smith; John Stanley;
and Barry Coffman.
[Received from Mike Jackson on November 11, 2014.]

with Henry Kissinger on the screen.

LTC James Adams congratulating Captain Louis Chatelle after presenting him with an award. (1970).
The other two in the front row are John Scales, Civilian Engineer, and Captain Mike Pitts.
Those in back are not identified.
Please note that captains are not able to agree upon where their rank goes on their headgear--
even when two of the three are Marines!
[Photo received from Mike Pitts in February 2013.] 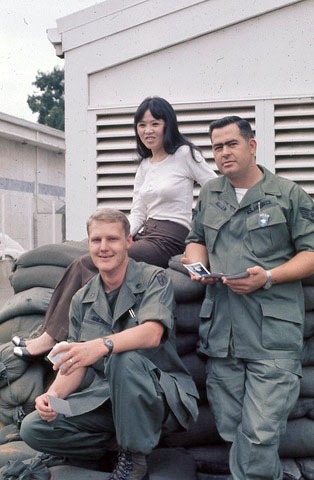 LTC Lawrence W. Souville, USA, AFVN OIC is behind him.

General Minh's nickname came from the fact that he was about 6 feet tall and weighed 200 pounds. 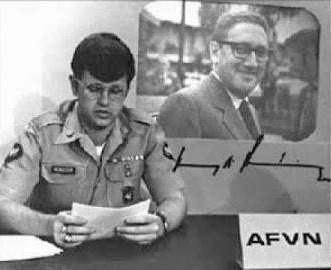